Using the TEMPLATE-ACTION Stylesheet attribute, you can merge WebFOCUS content with PowerPoint template content. The MERGE action allows you to edit components, such as comments in native PowerPoint text boxes, in the resulting PowerPoint PPTX output.

Note: You can include the TEMPLATE-ACTION=REPLACE StyleSheet attribute to retain the default behavior, which causes WebFOCUS output to override all target slide content. 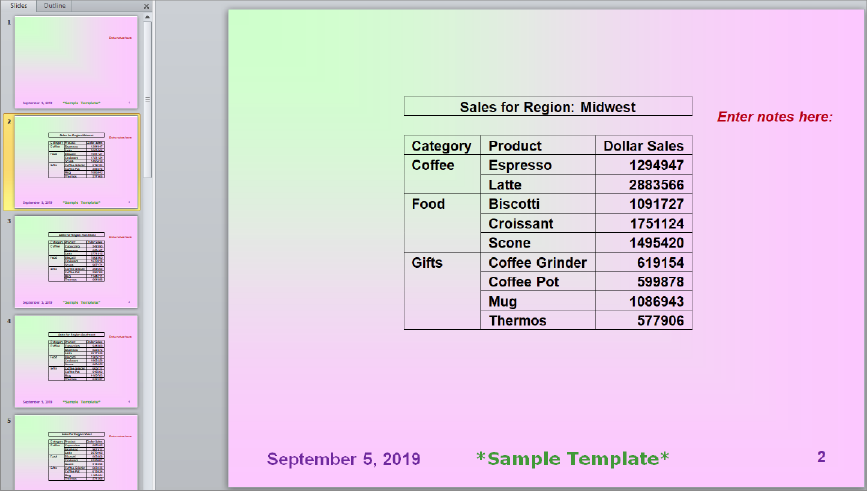 In prior releases, when creating a synonym for a Hive table, a CLOB column was described in the synonym with format TX. CLOB columns are now described with USAGE=STRING, ACTUAL=STRING.

The new Copy and Update Paths menu option is available as a technical preview feature in Release 8206.06. This new menu option transfers copies of charts, reports, documents, visualizations, pages, workbooks, schedules, and HTML files created in App Studio from one folder to another within the same level of the IBFS hierarchy.

When you open the shortcut menu after selecting one or more of these items within a single folder, you can select this new menu option to transfer copies of the selected items to another folder, as shown in the following image. 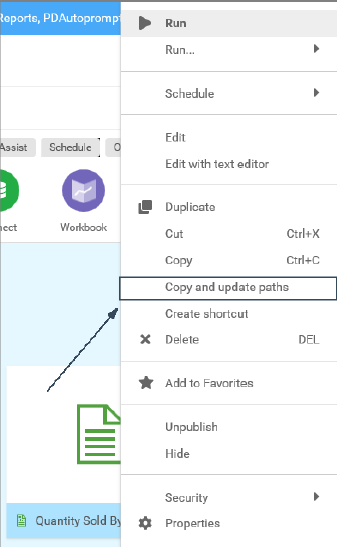 When you paste copies of these items to a new folder, the parent folder paths of the IBFS links within the copies are replaced automatically with parent folder paths that identify the new location. This automatic update saves time and prevents potential inaccuracies by eliminating the need for you to update the parent paths of all IBFS links manually after the copy is created.

Note that when you run a copy of an item that was moved using this option, you may receive a warning alerting you that the copied item was modified outside of InfoAssist. This warning does not affect the behavior of the item at run time. To prevent this warning from reappearing, save the copied item in InfoAssist.

This new menu option is available only to users who are granted the new Copy and Update Paths (opCopySpecial) privilege that appears in the Application Development privilege category of the Roles dialog box that opens from the Roles tab of the Security Center.

For more information, see the Copy and Update Paths topic in the Working with Home Page technical content and the Application Development topic of the Security and Administration technical content.

This release is now certified and has been tested with Google Chrome version 76, Firefox version 68, Microsoft Edge version 44 (WebFOCUS only), and Internet Explorer version 11.