A new License Agreement option in the WebFOCUS Installation program gives you the opportunity to confirm your acceptance of the automatic collection of metrics that support the development of usage analytics by a third-party provider. You can obtain copies of the usage analytics created from your metrics by requesting them from Customer_Support@ibi.com.

Enhancement for Aligning a PDF Report Within a Page

Instead of specifying margin spacing, you can now left-align, center, or right-align an entire PDF report within a page, using the JUSTIFYREPORT StyleSheet attribute.

To left-align, center, or right-align a PDF report, include the following syntax in your procedure, accordingly.

The following example, shows a PDF report that is centered within a page. 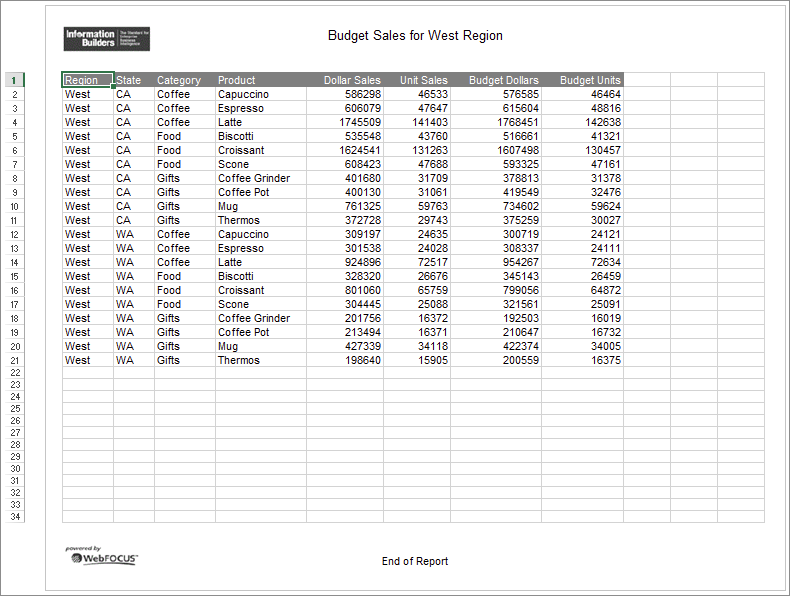 This release is now certified and has been tested with Google Chrome version 77, Firefox version 69, Microsoft Edge version 44 (WebFOCUS only), and Internet Explorer version 11.