Adapter for REST: Sending Credentials in the POST Request Body

When OAuth authentication is used for the Adapter for REST, and the OAuth Grant Type is Password, the configuration parameter Client Credentials in Body has been added to the connection configuration panel, as shown in the following image. 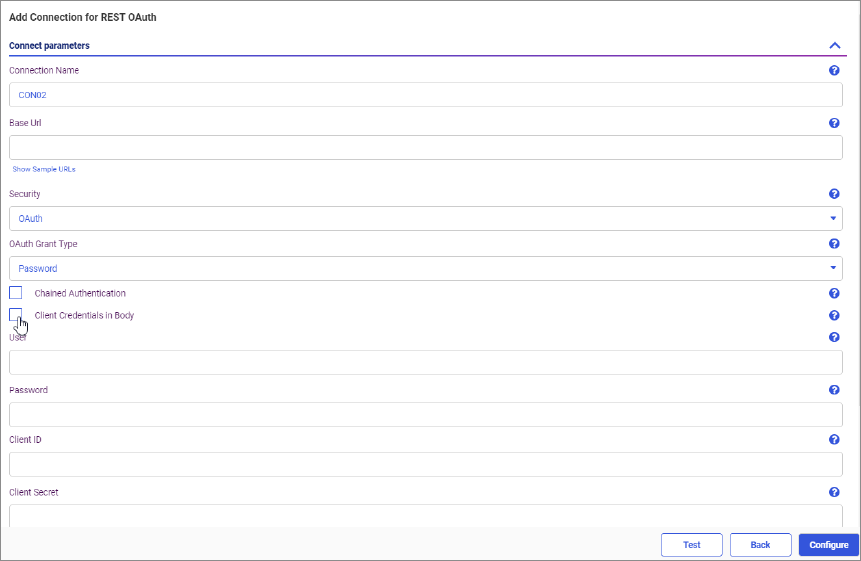 Selecting this option will add the attribute bdyclt:true in the connection string.