Adapter for OData: Support for Selection on Aggregation 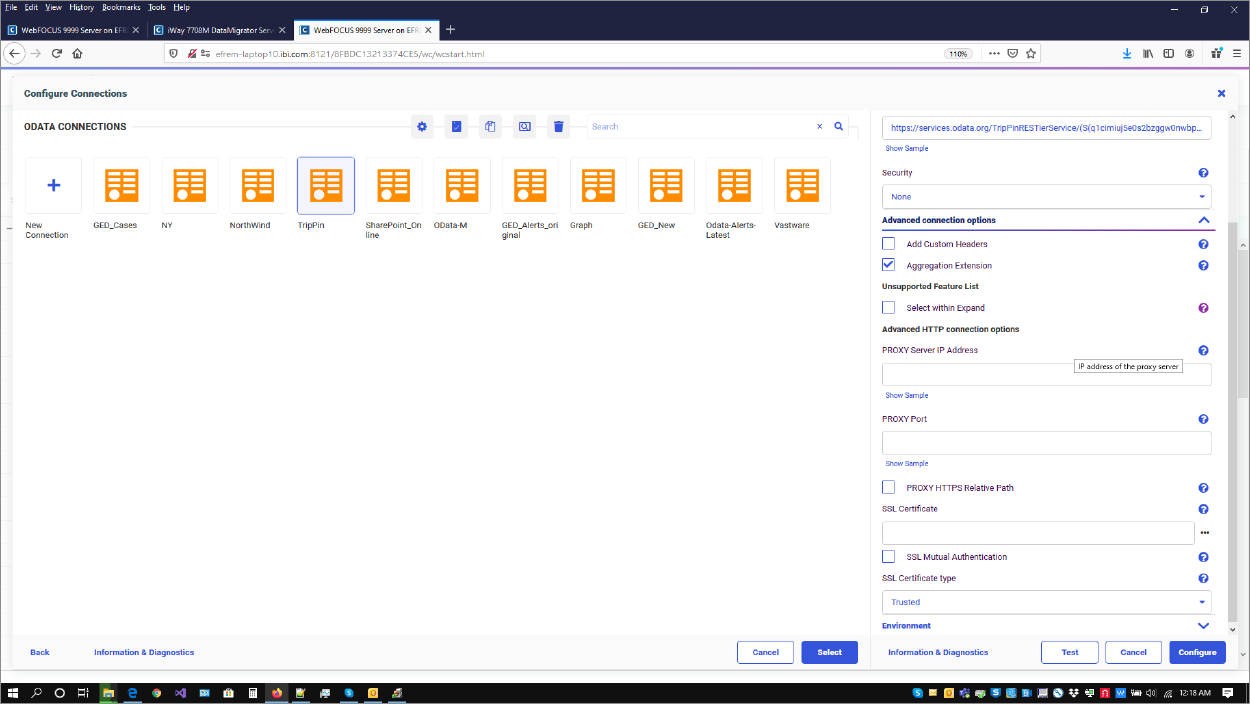 This feature adds filters to the syntax of an OData Aggregation Extension request when WHERE_GROUPED or WHERE TOTAL is used in a WebFOCUS report.

On the Server Workspace page, a table of data service agent statistics is displayed for use in monitoring server performance, as shown in the following image.

The column DBMS Time is used to track the amount of DBMS processing time in seconds that is used to retrieve the data when a request is run.